Persian Caviar, the best in the world

TAGCaviar offers the beste Beluga Caviar from Persia.Traditionally, the term caviar (originally Khāviyār in Persian) means piece of energy, Caviar is basically the roe (eggs ,also sometimes referred to as “berries” or “parels) of Sturgeon. Sturgeon is found mainly in Caspians Sea, also found in the Black sea in smaal quantity. Although it is a saltwater fish,it spawns (lays eggs) in freshwater. The delicacy has found its origin in ancient Persia, the most popular kind of Sturgeon are( Beluga (Huso-Huso), Ossetra and Sevruga). Beluga is the best and exclusive one, a large predator which feeds mostly on fish, also rarely consuming waterfowl and seal pups, a large one of Beluga can grow to 1500kg but average of the female Sturgeon is 50kg, migratory fish that has roamed the cold waters of the northern hemisphere fro over 250milion years.

Beluga caviar is the largest-grain caviar and varies in color from light to dark gray. These Beluga pearls are the most delicate and have a mild buttery flavor. The experience of tasting the unique flavour of Beluga caviar, exalting your sight with eggs of big size it is among the most exclusive and delicious gastronomic refinement. 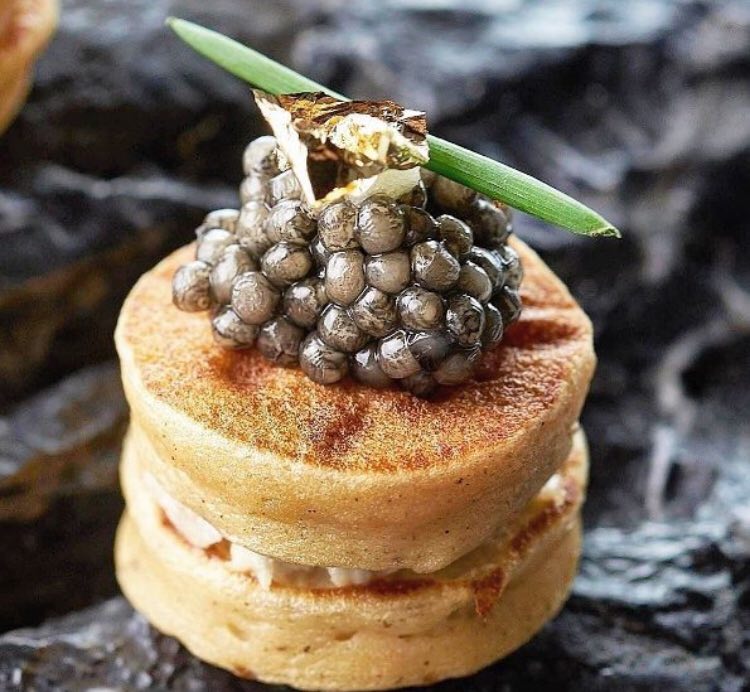